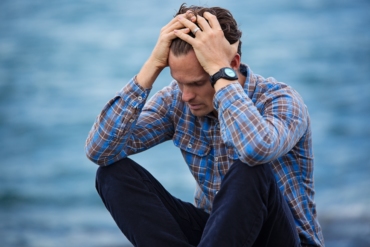 As his story goes, Pete Roberts of Nottingham in the United Kingdom, is one of the many risk-takers who gave the once-booming crypto-asset market a try. Indeed, he plucked up the courage to throw his life savings into an obviously volatile business. It was a tough decision, but Roberts, 28, had his mind made up. Lo and behold, he persevered with his investment instinct.

After eight months, the narrative is changing, sadly. Roberts’ $23,000 USD investments in many altcoins have drastically crashed to a meager $4,000 USD. While Roberts invested the funds in the hopes of making a fortune, little did he know that he was going to lose over $19,000 USD. As he wallows in pangs of regret, Roberts says that he allowed FOMO (fear of missing out) to take the front seat over rational decision-making. Today, that decision has left him in a financial ruin.

What Happened To His Investment?

Many crypto-asset investors are having a hard time living with twinges of regret because their investments have become worthless over time. Data from CoinMarketCap shows that the industry has lost nearly 75% of its investments, representing $600 billion since it reached its peak in January.

To date, the industry has been on a downward trajectory, dashing investors’ hopes and shattering dreams. For whales who have been in the industry for a while, it’s a normal part of doing business. Though, for the newbies, it’s an experience they wouldn’t wish on their worst enemy.

Alex Kruger, an ex-banker and now crypto trader, wades in with his gloomy prediction. What the average Joe hears now is that a friend lost a fortune in virtual currency. He added that there are two major problems caused by irrational exuberance: financial overhang and retrogression.

The Impact Is Massive

For these young people who took the risk to rewrite their narratives forever, investing in crypto-assets was a decision they shouldn’t have given a second thought to. It is hard to estimate the number of crypto-asset investors in the market. Though they all share and suffer one fate: their current holdings have been slashed far below their initial investment.

At the same time, Coinbase’s customer base doubled between October 2017 and March 2018, and further still, a mobile app provider, Square Cash, allowed users to start purchasing Bitcoin (BTC) on it. Without a doubt, all the users who purchased BTC since last November have their accounts in the red now.

The Pains Are Excruciating

From the UK to the US, from Japan to South Korea, investors have to live with the unbearable experience of seeing their hard-earned savings fall like a house of cards. As much as bullish analysts believe that all hope is not yet lost, this experience will be permanently imprinted on the minds of many losers for decades to come.