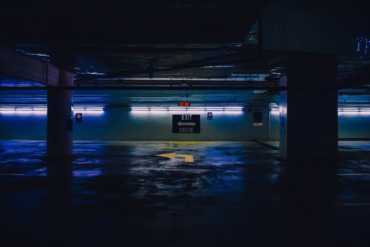 The cryptocurrency industry without an iota of doubt is maturing. However, it does not mean that it should turn into a playground for scammers to play at will. If this happens, the whole industry’s reputation will go south. This is according to a Diar report, which says there are totals of almost $100 million robbed from investors in ICO exit scams.

The first two weeks of August has seen a whopping $68 million stolen, which incidentally makes up the most of these stolen funds. China-based Shenzhen Puyin Blockchain Group stole almost $60 million. They were able to do this via three different ICOs. Finally, the SMRA (State Market Regulatory Administration) became aware of this.

In yet another specifically gruesome exit scam, $3 million was stolen from investors. The directors of Block Broker did this through an ICO as their stated goal was to fund a platform from the money they raised.

ICO And The Art Of The Improper Token Sale Fundraising Model

Diar’s researchers state that the explosion of exit scams is due to the token’s structure. The token’s fundraising model, in fact, creates skewed inducements.

“Unsurprisingly, the blatant exit scams continue to plague the largely unregulated ICO sector where the founders have no contractual obligation to deliver a product. After raising millions of dollars with no string attached, the founders’ incentives to actually build a valuable company are very limited.”

Use Of Fake Pictures And Profiles

Diar remarks that it is strange that ICO exit scammers are able to get away with such huge amounts. In fact, it is very easy to spot them with a modest amount of reasonable care.

A lot, for example, use copied whitepapers. They also use fake profiles pictures. One project which was floated for a graphic designer using the picture of Ryan Gosling. Yet another made use of a fake testimonial with the picture of Jennifer Aniston.

Nonetheless, fake projects also make use of strategies other than sheer exit scams. Such scammers attract hundreds of millions of dollars from investors. They most often use FOMO to trap them.

Even allegedly above-board ventures have been using the hype around exit scamming to gather the attention of the media. CNN reports that Savedroid, a startup, raised $50 million from its ICO as well as other financing sources. This was to drive the attention of the public towards the launching of an ICO advisory service.