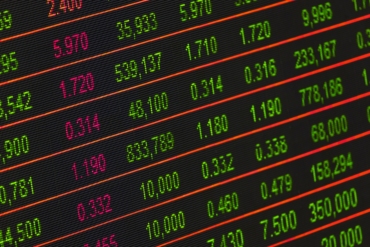 Revolut, a financial technology startup based in the United Kingdom, has revealed plans to list the Ripple (XRP) on its popular mobile application. This was announced on social media by the startup’s marketing and communication head, Chad West. According to West, the listing will happen this week.

Though it is primarily a banking app whose services include Visa and Mastercard pre-paid debit cards, Revolut also offers fund transfering services and a currency exchange. Last December, Revolut launched cryptocurrency exchange services allowing customers to trade digital currencies via its app. Since then, the startup has supported some major, worldwide digital currencies including Litecoin (LTC), Ethereum (ETH) and Bitcoin (BTC).

Most of the services that Revolut offers are free. This includes Vault, a savings scheme which allows the locking of funds. Users of the app are also able to share bills with friends, family, and colleagues. Additionally, the app facilitates efficient budgeting by being able to track spending. Currently, users are able to withdraw from ATMs in more than 120 fiat currencies. Those users are also able to make peer-to-peer funds transfers in about 26 fiat currencies.

Earlier this month, Revolut announced plans to launch a metal debit card which would allow customers to claim cash amounting to 1% back in the form of digital currencies. According to Revolut’s CEO, Nikolay Storonsky, the debit card will offer platinum-level services including concierge services and travel insurance. A fee of 6.99 sterling pounds will be levied on the card.

According to Storonsky, there was an increase in trading activity when the startup launched the cryptocurrency exchange functionality on its app last year. Consequently, the level of activity has since dwindled as the cryptocurrency market plummeted.

“We saw quite a big volume in December. January, February, March it came off, but that’s in line with the whole market. When the prices moves again, I think we’ll see higher volumes,” said Storonsky in an interview with Business Insider.

Upon launching the cryptocurrency exchange services, the number of customers that Revolut rose by 500,000. This helped the startup’s customer base hit the 1.5 million user mark. Currently, Revolut is only operating in Europe. However, there are plans to launch in Singapore, Canada, Australia and the United States in upcoming months.