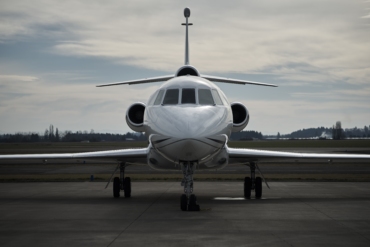 Following a social media poll, TapJets disclosed it will start accepting Litecoin (LTC) and Ripple (XRP) as means of payment. Simultaneously, the private jet service announced it would not proceed with plans to adopt Verge (XVG) as a payment method.

“People have voted, and we have heard their feedback. TapJets will proceed to the technical evaluation of Ripple (XRP) and Litecoin (LTC). We plan to complete our assessment that includes API testing, exchange transaction testing, and other validations by May 28th, 2018,” wrote CEO of TapJets, Eugene Kesselman, in a blog post on the company’s website.

Kesselman stated the coins in the running were selected based on requests from existing company clients and community feedback. One criteria TapJets uses when evaluating a new method of payment is whether there is accuracy in the exchange rate. They also take into account whether that exchange rate considers all the fees. With more than 18,000 users, the company also wants to ensure their in-app user experience remains positive.

TapJets pledges that there will be two digital currencies available for payment by the start of next month. However, this will depend on the agility of the Litecoin and Ripple development teams with regards to TapJets requests.

Poll participants may have been swayed to choose Litecoin as it enjoys a high acceptance rate. It is easily available to U.S. buyers via Coinbase and also the Gemini exchange. Relative to other digital coins, Litecoin is stable and demonstrates low volatility. In Ripple’s case, the digital coin is not only promising but also actively traded. One drawback for Ripple, however, is that it lacks a reliable, personal wallet.