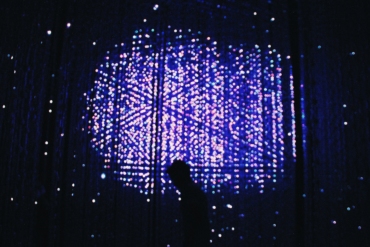 The struggle to enhance the prices of digital currencies continues in the crypto market. With momentary increases in the prices of Bitcoin (BTC), investors have begun looking for altcoins that are worth their investment. Could NEO (NEO) be the one?

So, Is NEO The Perfect Alternative?

The best grounds for you to go with it right now are the way in which this cryptocurrency was acting before the market became bearish. Last year when the prices of cryptocurrencies skyrocketed, NEO had hit an all-time high of $187. Undoubtedly, the price could have endured the initial price wave decrease had it not been for the bearish market. Its price continued at a decent level for more than a month following the price drops. During mid-February, the coin was going well at $144 per.

The Bearish Market For More Then Six Months

Nonetheless, the market continued to be bearish for more than six months as NEO plummeted below $100. Expectations among the investors were that this is would be its lowest price and the conditions will be better very soon. Though, the price further fell to $29 by June’s end. A month later, once again the price of the cryptocurrency fell to $28.05.

Thereby, the performance of NEO is not as expected under the appropriate circumstances. If the market sheds its bearish skin, then this cryptocurrency is sure to skyrocket once more. This is particularly due to its reputation in the world’s eastern hemisphere.

2nd Reason – Effort Of The Platform To Attain Decentralization

The 2nd biggest reason for investing in NEO now is due to the platform’s endeavors to attain decentralization. Precisely a month ago, an announcement came from the NEO Foundation. Election of the new accord was in the offing. This will successfully initiate a totally fresh, de-centralized age for NEO.

The ultimate objective of this cryptocurrency is to achieve the worldwide smart economy. With the confidence of supporters and investors, this coin can change the world. Time and again, this cryptocurrency has shown the potential to endure turbulent times. This coin has the ability to adapt even if the markets continuously behave in an unfriendly manner towards it.

NEO is among a few cryptocurrencies which you can potentially base your trust and support. Each and every effort that you put in may help it attain its goal once the exact situations occur.