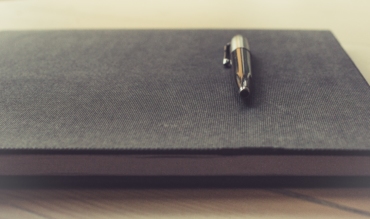 There is a popular American saying that when it rains, it pours. Apparently, the management team at Ripple Labs Inc. wouldn’t need anyone to explain what that means to them. They are currently having their firsthand experience of how the idiom feels. Indeed, in a space of three months, Ripple (XRP) has been rocked by three different lawsuits from its private investors. Earlier in June, Vladi Zakinov, the second lawsuit’s plaintiff, filed a lawsuit against Ripple, making multiple accusations against the company. Today, Ripple is facing another legal tussle.

Why Is Rippled Getting Sued Again?

On June 27th, CEO Brad Garlinghouse received court documents compelling him, and Ripple Labs Inc., to appear before the California Superior Court for allegedly manipulating the prices of XRP to their benefit. The filed lawsuit against Ripple is for securities fraud. This time, the plaintiff alleges that Ripple Lab Inc. is manipulating the price of its cryptocurrency so as to benefit from the ignoble move. Similar to Zakinov’s case, the plaintiff claims that XRP is a security, but the defendants did not register the token as one.

On December 8th 2017, Ripple Labs Inc. released a statement saying the company has 55 billion XRP in its escrow account. As a result, the token experienced a price increase of 1,159% the next quarter. The main reason for the December announcement was to build investor loyalty by reassuring them that the central control, which manages the tokens and funds its network, would not manipulate its prices. However, this didn’t sit well with David Oconer, the plaintiff in this case.

The company had earlier come under heavy criticism for centralization of its blockchain-based network. Consequently, Ripple Labs Inc. paid a fine to FinCEN for its failure to register as a money services business. Now, it is going to face another legal battle on the grounds of price manipulation.

Oconer suspects foul play in the December statement and argues, through the lawsuit, that the company secretly sold some of its tokens from the escrow accounts to larger investors in the second quarter of 2018. He is also alleging that Ripple collaborated with exchanges to strategically rocket the prices of the tokens.

In response to the allegation leveled against the company, Ripple Labs Inc. has engaged Mary Jo White, former SEC chair. Both her and Andrew Ceresney, former SEC director of enforcement, will lead its defense counsel.