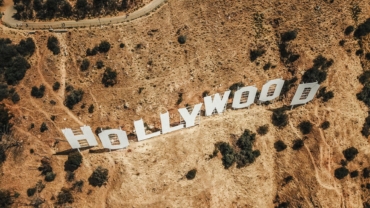 For some time now, Ripple (XRP) has been in the news for breaking new grounds. Today, Ripple Labs (RL) is signing a new deal with a company. Tomorrow, they are launching a new product. Consequently, Ripple is becoming the favorite altcoin among celebrities.

On January 4th, 2018, XRP reached its all-time high of $2.73 USD. Though, a tsunami soon hit the market, sweeping the price down to $0.33 USD. Even with the market downturn, the market cap stayed relatively stable at $12.93B USD – thanks to the media.

Today, XRP sits comfortably at top 3 among the world’s leading virtual currencies. Indeed, XRP’s performance hasn’t been abysmal, given that the performances of other tokens have been much worse. Why should any enthusiast trust XRP when the price is low?

Mark Mahaney, of global asset managing firm RBC Capital, wants to offer an insight into the quandary. Speaking in Colorado at the Fortune Brainstorm Tech Conference, Mahaney put the popular altcoin into perspective. With over 20 years’ investment experience, Mahaney knows his onions when it comes to determining the right time to invest.

Celebrities Are Falling In Love With It!

Ripple is popular among many celebrities. Most prominent of all, the legendary entertainer and singer, Madonna, partnered with the crypto company to support her charity project in Malawi. Recently, Madonna disclosed that most of her charity works in Africa are done through XRP.

Famous actor Ashton Kutcher is another celebrity who has been linked to XRP. In May, Kutcher reportedly used the coin to donate to a cause on The Ellen Show. In collaboration with his partner, Guy Oseary, they donated $4M USD worth of XRP. This happened on Ellen’s birthday. In appreciation, the hostess, Ellen DeGeneres, said that if the donation was what they call – Ripple effect – she’s into it.

Also, rapper Snoop Dogg is next on the list of celebrities joining the Ripple craze. At an RL-sponsored event, the rapper worked as a headliner for the gathering.

By involving celebrities, Ripple Labs is increasingly pushing the token into the mainstream public, as well as making the token user-friendly. As it becomes an integral part of pop culture, the rising altcoin will transition to global adoption. Because they understand that consumers pay attention to cultural shifts, the company will channel their attention to areas that consumers care about. This way, they are making the cryptocurrency relevant. That at least the gist of Mahaney’s elaborate explanation.