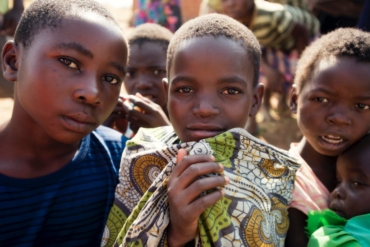 The blockchain technology company, Ripple (XRP), is taking a break from reacting a myriad of scandals. During this break, they are performing some charity work in Africa. The company, rocked by lots of scandal lately, decided to team with singer Madonna to help orphans in Malawi.

Details Of The Program

Ripple announced yesterday that it launched a campaign in partnership with a nonprofit, Raising Malawi. The aim of the project is to raise funds for orphans across Malawi. Additionally, in a blog post, XRP noted that hope to open an appeal fund from July 30 through August 3. In support of the cause, all the donations will go to the vulnerable children directly.

The company said that it was an honor to be a part of the project. To see the kids’ lives improve through the donations coming their way in coming days will be great. Eric Van Miltenburg, Ripple’s SVP of Business Ops, noted that the company was grateful for the investors at Sound Ventures for introducing them to the cause.

Facts About The Program

Ripple disclosed that nearly one million Malawian children have lost their parents through HIV/AIDS, leaving them orphans. The scandal-rocked platform said that Raising Malawi project served over 10,000 of the orphaned children. They are providing them with educational support and medical care. The company listed the academic areas the nonprofit has played a vital role in the lives of the children to include funding their scholarships, providing academic materials and also rebuilding classrooms.

It is rather surprising that Ripple could make time to participate in humanitarian works in faraway Africa. The reason is that the company is getting rocked by three ongoing class action lawsuits. Apart from the lawsuits, there is a question as to whether XRP is truly a decentralized token or not. The debate has been going for a while.

Efforts In The Coming Days

Enthusiasts will be waiting anxiously to know how much the platform will raise through the donations that they will come from public-spirited community members. It is really commendable to see the platform look beyond criticisms and scandals facing Ripple Labs and go into helping orphaned children in Africa.  We will always be here to bring you the updates as they unfold.