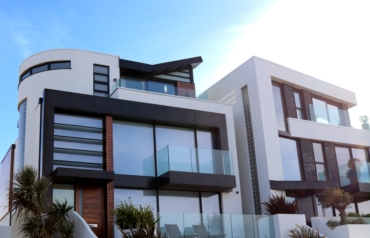 The seller of a piece of land measuring 27 acres is now accepting Ripple (XRP) as a means of payment in California. The value of the property is $16 million USD. The real estate firm selling it, Propy Inc, was already accepting Bitcoin (BTC) and Ethereum (ETH) before the addition of Ripple (XRP). The firm announced the addition of the third largest digital currency by market capitalization through its social media.

“Great news! We added XRP as a cryptocurrency accepted at Propy, starting with a rare investment opportunity to acquire one of the last large pieces of city land in Silicon Valley! $, BTC, ETH and now #XRP are accepted. The offer is exclusive on #propy,” wrote Propy Inc. on Twitter.

According to Propy Inc., the land is suitable for luxurious home construction in Northern California as it overlooks the Los Gatos Hills. Other potential land uses include raising horses, growing olives or grapes. Among the Silicon Valley tech firms located close to the property is Netflix which has headquarters nearby.

This comes in the wake of Ripple’s addition to the Apple app – Apple Stocks. Adding Ripple’s token price will allow Apple devices worldwide to track the price of the digital currency. Ripple’s price not only pairing with the major fiat currencies such as the U.S. Dollar, British Pound, Canadian Dollar, Euros, Japanese Yen and the Australian Dollar, but also emerging markets currencies such as the Chinese Yuan, Korean Won, Russian Ruble and the Indian Rupee. The Apple Stock app also pairs the virtual currency with Bitcoin and Ethereum.

During the 2018 New York Consensus event, Ripple demonstrated the advances in enhancing transaction speeds in global payments. During a presentation, a Ripple executive was able to send 100 U.S. dollars to Mexico in two minutes.