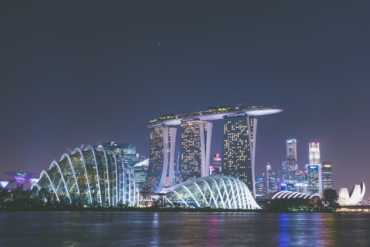 There is speculation that Dennis Rodman’s representatives are discussing a PotCoin sponsorship for his upcoming US-North Korea summit trip. The Washington Post reports the event will take place next week in Singapore on June 7th. Various industries are leveraging capital on the wide acceptance of the crypto industry to create their coin or token. Banking on this too, the marijuana industry witnessed the creation of PotCoin. This cryptocurrency aims to complete transactions smoothly within the legalized cannabis industry.

Chris Volo, Rodman’s agent, confirmed news of this potential sponsorship. He stated, ‘’the NBA star is interested in being part of the historic summit in Singapore.” Rodman intends to be there to provide moral support to both countries’ presidents.

PotCoin, which is a Canadian based Cryptocurrency, sponsored Rodman’s trip to North Korea in 2017. Rodman’s team indicates they are currently working out trip technicalities. Meanwhile, Potcoin spokesman Shawn Perez has declined to provide an update on the historical trip. His only statement to the Washington press is that ‘’Rodman deserves to win the Nobel Peace Prize with President Trump and the Marshal Kim Jong Un.”

“The PotCoin team as a community has been implausibly supportive of Rodman’s peace mission from the start. We’re excited to see how the political climate has improved between North Koreans and the U.S.A. since he became interested,” Perez also shared.

A State Department spokesperson expressed doubts regarding Rodman’s potential presence at the summit. He also added, “He won’t comment on Dennis Rodman’s private trip. He’s not a representative of the federal government.”

Rodman initially traveled to the DPRK in 2013 as a part of a visit with members of the Harlem Globetrotters. He then went back two more times that year. While there, he established a relationship with Kim, who is reportedly an enthusiastic fan of the ‘90s-era Chicago Bulls. Although Rodman managed to develop a strong relationship with North Korea’s leader, it’s not clear whether or not Kim would him participate in the summit.