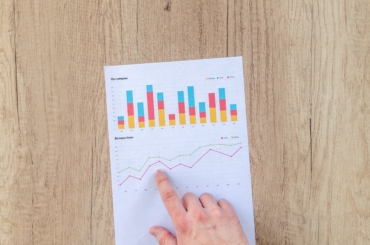 Roger Ver on Monday in a phone interview with CNBC’s Fast Money, made clear the reason why he thinks Bitcoin Cash (BCH) is a better investment than Bitcoin (BTC). He also made a scathing remark that Bitcoin isn’t structured for commerce because of the low transaction speeds and high fees.

BCH Outperforms According To Ver

During the interview, Ver, the owner of Bitcoin.com, clarifies why he thinks BCH is a better investment than BTC. He said that BTC’s slow transactions times and high fees made it bad for business. Ver concluded that the solution to this problem is BCH.

His exact statement was, “Bitcoin is no longer usable for commerce at all. The fees became high, the transactions became slow and unreliable. People like myself and everybody else who was actually trying to use it for commerce stopped and switched to something else, and that something else looks most likely to be Bitcoin Cash for the greatest number of people.”

Ver refers to longer transactions speeds. Such setback came out as a result of the meteoric price increase that BTC had in 2017. He added that the BTC network wasn’t prepared to handle this traffic, hence the high fees and slow transactions. However, BTC transactions fees have reduced greatly due to the price decrease and increased expansion.

Price and Transaction Capacity Comparison Between BCH and BTC

Responding to Melissa Lee of CNBC, Ver stated that he had seen a 90% price decrease in BTC. Ver added that, “In investing or in hockey, you don’t skate to where the puck is currently, you skate to where it is going to be in the future. It is very clear that all the adoption and the merchants and all sorts of businesses are being built on top of Bitcoin Cash at this point. So, in the future, I think Bitcoin Cash is the best investment.”

The owner of Bitcoin.com shared that it was incredibly important to diversify your cryptocurrency assets. He told Lee that he wasn’t recommending putting all eggs into one basket, despite Ver holding more Bitcoin Cash than any other digital currency. Nonetheless, he did specify that he had some Zcash (ZEC), Zcoin (XZC), Monero (XMR), Ethereum (ETH), and some BTC as well.