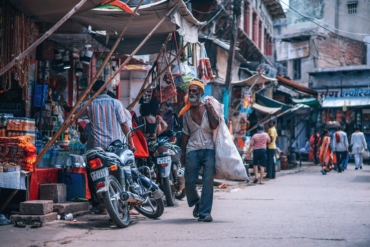 Aarni Otavi Saarimaa, the Finnish business mogul who lost 5,564 bitcoins (BTC) to a Thai fraud scheme, is taking a surprising approach. Saarimaa is reportedly in talks with his scammers in the hopes of reaching an out-of-court settlement.

Indeed, the hoax came into public view when Saarimaa ran to the local police to lodge a complaint. Ever since, both online and conventional media have followed up on the unfortunate development. Furthermore, Thailand police have shown some level of professionalism in a bid to unmask the fraudsters and prosecute them.

The Negotiation is Ongoing

Currently, Saarimaa is negotiating with a stock trader, Prasit Srisuwan, and a tech investor, Chakris Ahmad. Reports say that the two men are fingered in playing tricky roles in swindling the Finnish investor. Indeed, Thai laws allow out-of-court settlements when it comes to fraud cases.

If the parties reach a deal, Saarimaa will most likely withdraw the case against the accused persons. However, the Finnish victim has refused to disclose to the media the details of their negotiations. After the first meeting, Saarimaa told newsmen that they had a successful discussion.

History of the Case

With a host of other suspects, Srisuwan and Ahmad allegedly lured Saarimaa into investing in three companies. Those companies are ExpaySoftware, DNA 2002, and NX Chain Inc. Saarimaa was shocked after investing the sum of 5,564 bitcoins without getting the stake he was promised. Indeed, the amount of Bitcoin was worth 797 million baht or about $24M USD.

At the end of the meeting, Srisuwan maintains his claims of no wrongdoing. He later described the Finnish investor as a friend and a work colleague, saying Prinya Jaravijit is the fraudster. Just over a week before the meeting, Srisuwan addressed the allegations in a press conference. In the conference, he disclosed the role he played, maintaining his innocence. Srisuwan claimed that his role in the saga was just offering brokerage services to his client, Saarimaa.

Prinya Jaravijit, a key suspect, reportedly fled the country to the United States after preying on Saarimaa. However, his siblings, Jiratpisit “Boom” Jaravijit, a Thai actor, and Supitcha Jaravijit, were arrested and let out on bail. The Anti-Money Laundering Office of Thailand has since frozen Prinya Jaravijit’s account. The three siblings’ bank statements show various financial lodgments that they couldn’t account for.

In a bid to expand the scope of the investigation, the local police questioned their parents this week as well. According to police findings, Prinya allegedly transferred 90 million baht (approx $2.75M USD) to their accounts. The money, the police believe, is part of the proceeds of the fraudulent scheme.