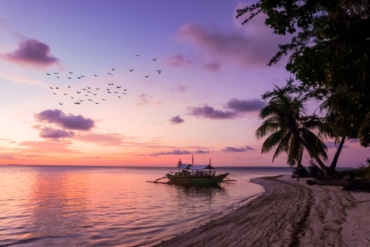 “The Central Bank does not currently endorse unregulated cryptocurrencies like Bitcoin, OneCoin or any cryptocurrency that has been promoted in Samoa.”

Despite its criticism for digital currencies, the Central Bank of Samoa (CBS) still praises the underpinning blockchain technology. The central bank believes that blockchain plays a crucial role in transforming the financial banking sector. The bank also mentioned exploring the distributed ledger technology as a “platform for promoting financial inclusion in Samoa.”

“The Central Bank of Samoa also wishes to inform that any person who wishes to promote Cryptocurrency or Digital currency is considered under the Money Laundering Prevention Amendment Act 2018 as a Financial Institution.“

They also require “a valid business license issued in Samoa” and “to follow the Central Bank’s reporting requirements for Financial Institutions.” In short, it means that all citizens of Samoa have to abide by the existing legislation for money laundering and other illicit activities.

For a while now, the Central Bank of Samoa has remained outspoken against digital currencies. Four months back, the central bank announced a blanket ban on all foreign exchange transactions. The central bank then claimed that it was for the benefit of the country’s forex reserves.

Samoa’s central bank has slammed the OneCoin cryptocurrency in particular. Even going so far as referring to it as a pyramid scheme. The central bank also justified its ban on forex transactions to preserve the island’s currency reserves. The bank said that its reserves were under threat as more people opted for the get-rich-quick scheme by remitting money overseas.

For a long time, central banks have shared a hostile relationship with cryptocurrencies because the latter pose a threat and a challenge for their business model. A number of banks from the Asia-Pacific region have voiced their hostile opinion regarding digital currencies in the past.