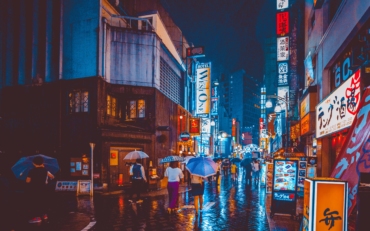 SBI Holdings, a Japanese financial institution, revealed its cryptocurrency exchange is now operational. About 20,000 users pre-registered for the “VCTRADE” service in October 2017. Now, they will finally be able to complete transactions. Next month, VCTRADE will allow the opening of ordinary accounts. Initially, Ripple (XRP) will be the only one supported cryptocurrency before the addition of others like Bitcoin Cash (BCH) and Bitcoin (BTC).

SBI Holdings had been working on launching a digital currency exchange for some time. The plans of unveiling a virtual coin were initially disclosed two years ago, but SBI Holdings only managed to meet Japan’s Financial Services Authority’s (FSA) registration requirements last September. In December 2017, SBI Holdings revealed a project collaboration with digital currency exchange Huobi. At the time, there was anticipation that the project would launch in early 2018.

Following Coincheck’s $500 million cyberheist earlier this year, SBI Holdings put off the exchange launch in order to improve its cybersecurity safeguards. Despite launch delays, the SBI management team displays confidence that it will catch up with the competition.

SBI Holdings has been involving themselves in a variety of blockchain and cryptocurrency initiatives recently. Three months ago, SBI acquired a 40% interest in CoolBitX, a 4-year old Taiwanese wallet firm. CoolBitX primary offering is CoolWallet, a cryptocurrency wallet which communicates with devices via Bluetooth technology. With CoolBitX’s wallet, users can store various virtual currencies including Ripple, Litecoin (LTC), Ethereum (ETH) and Bitcoin (BTC).

Last year, the Japanese firm formed a joint venture with Ripple. The partnership produced SBI Ripple Asia, a collaboration aiming at broadening the accessibility of services Ripple offers to the Asian market.  SBI Ripple Asia formed a consortium consisting of 18 security firms. This consortium is currently looking into the possibility of using blockchain technology to reduce operational costs and improve efficiency in financial markets.