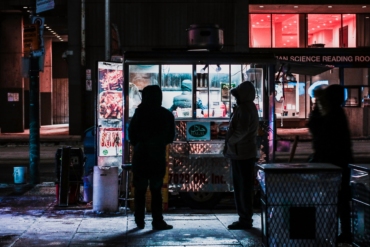 The United States Securities and Exchange Commission (SEC) has fined a fraudulent ICO founder $30,000 and gave them a lifetime trading ban. Fraudster David T. Laurence created a token called TomahawkCoin in June last year and planned to raise $5 million dollars in an ICO. Laurence is the CEO of Tomahawk Exploration LLC which is an oil drilling company.

The ICO was conducted, but did not raise the expected money, prompting the company to start another program of trading Tomahawkcoins online. The SEC’s Robert A. Cohen, Chief of their Cyber Unit, warned the public that, “Investors should be alert to the risk of old-school frauds, like oil and gas schemes, masquerading as innovative blockchain-based ICOs.”

Tomahawk and Laurence have been given a cease and desist order, but they have not responded to the claims. Since then, Laurence has been banned from working as a director under the officer bar, or even trading stock under the penny stock bar, permanently.

A recent study has shown that ICO scams have cost investors more than $100 million dollars. Following this increase in cases of ICO scams, the SEC published a report warning investors against frauds. The agency asked investors to investigate and know the people behind ICOs they want to invest in.

The report indicated that most of the fraudsters lure investors to their projects with promises of high returns on investment. The SEC has come up with a search platform called investor.gov which has all details related to an investment professional. Criminal activities are tarnishing the name of the digital market which lost more than half of its value in 2018. Researchers have said that the market will grow to leave the less stablecoins behind.

The lack of transparency and continued crime will bring down some coins and tokens. The cryptocurrency market could lose 90% of its current coins.  According to Xapo president, Ted Rogers, there will be a bloodbath in the future. The investor noted that only the strong digital currencies like Bitcoin (BTC) will survive.

Rogers comments comes at a time when some altcoins have lost more than 90% of their value in 2018. The cryptocurrency market has generally dropped with Bitcoin losing 70% of its value. However, coins like IOTA (MIOTA), Tron (TRX), and New Economic Movement (XEM), among others, have already lost about 90% of their value. More to that, some of these coins will depend on the exchanges supporting them.