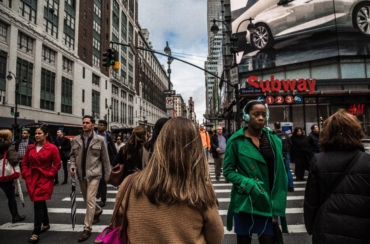 In the past, the U.S. SEC rejected all the Bitcoin ETF proposals submitted to it. Well, the latest was the dismissal of Wednesday’s proposal. Experts forecast that the agency would turn down the proposal. Sadly, they did.

However, that was what traders and investors hoped for. Nevertheless, the good thing is that the rejection had no impact on Bitcoin (BTC) price. In all the rejections, the SEC has always maintained the same reasons. Despite these rejections, it appears there is a glimmer of hope.

Well, the SEC is set to review all the Bitcoin ETF proposals that it has rejected. So far, the investment watchdog has rejected nine proposals. It cited their Act on each occasion. The Exchange Act section 6(b)(5) is the subsection of the Act that forbids fraudulent and manipulative practices. Indeed, this part says it all.

Briefly after rejecting the last proposal, the agency released a notice. In the letter, it stated that they would review their decisions. The SEC says that it has relegated its authority to take action. Funnily enough, the letter never specified when it will start.

To understand ETFs, they are securities that are used to track commodity, index, or other assets. So, these elements that ETF tracks are also represented in shares. They always undergo price changes the same day as they are purchased and sold on exchanges. Well, if the agency approves it, a fund would be able to purchase an amount of Bitcoin. Later, the Bitcoin can be allocated to various shares will be further distributed among stakeholders.

Essentially, it is believed that ETFs are the easy way of attracting institutional funds to the market. Indeed, these funds are needed to reduce market volatility.

However, there are fears that these investors are too powerful for the new asset market. So, they can manipulate the market to make more gains. The SEC fears that the ETF will be prone to manipulation and fraud. In the end, innocent customers will bear the brunt.

SEC has rejected many proposals in recent past

Also, from March 2017, the agency has been dismissing proposals seeking its approval. In July, it rejected that of Winklevoss twins. A day later, a commissioner of the agency, Hester Maria Peirce, published a dissident letter.

In the letter she raked the commission over the coals. Peirce said that American markets should be open to innovations. Of the four commissioners that voted on the proposal, only Peirce endorsed it.