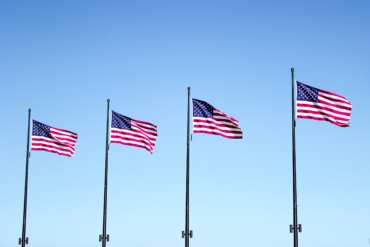 While many enthusiasts expected the ruling today, that didn’t happen. By ruling before the anticipated day, the U.S. Securities and Exchange Commission (SEC) introduced an element of surprise. This surprise will certainly shatter the hopes of many traders and investors. As expected, the market is likely to react negatively.

Many enthusiasts in the know would say that this was expected. The virtual currency market is experiencing hard times. On the other hand, traders and investors have had their dreams shattered because of a market downturn. Regrettably, this news could make it worse.

Yesterday, the SEC ruled on the pending Bitcoin (BTC) Exchange-traded Fund (ETF) proposal. Unlike what many people hoped for, hopes were dashed. This is the ninth proposal that has been presented before the agency. In the past, many firms have submitted their proposals. The notable ones, according to CNBC, include GraniteShares, ProShares, and Direxion in three separate orders.

Previously, the proposals presented different arguments in a bid to convince the commission. Though, they were all rejected on the same grounds. the SEC argued that the reason for their rejection has nothing to do with Bitcoin itself. The commission made it clear that the proposals lack in substance. The statement says that they are unable to convince the agency that they could prevent fraud. Predictably, the agency added that the proposals didn’t demonstrate how they can prevent manipulation either. Not done yet, the SEC says that the exchange couldn’t prove that the BTC futures market has a significant size.

The commission argues that it is critical that the market is of significant size. Also, the exchanges failed to prove how they can forestall financial crimes. Essentially, surveillance-sharing with a regulated, significant BTC market is critical. Arguing further, the agency says that achieving that objective will satisfy the requirement to preventing frauds.

It should be noted that the SEC has never approved any virtual currency ETFs. In July, the agency rejected proposals by Winklevoss brothers for the second time. Like the Winklevoss brothers,  there were rejections of the ProShares Bitcoin ETF and ProShares Short Bitcoin ETF. Indeed, the SEC gave the same reasoning in each of those rejections: lack of a framework for preventing fraud and trading manipulation.

Before now, analysts were hoping that if the proposal gets approved, the market may rise beyond 20%. Many others assumed that the approval could potentially trigger a bull run. CNBC notes that the cryptocurrency market reacts whenever the SEC gives a ruling on a BTC ETF. In its analysis, CNBC stated that the price rallied by 20% ahead of the SEC ruling in July. However, the agency postponed the ruling to September, it noted.

On Wednesday, Bitcoin price experienced a $400 USD increase in less than 20 minutes. Although the rise does not have a firm connection to this ruling, CoinDesk argues that the ruling was responsible. If that is the case, then BTC price could experience further monthly lows.