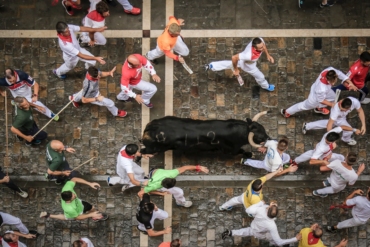 In recent months, Bitcoin (BTC) price has been dangling around $6,000 USD and $7,000 USD. As it is, everyone but bullish whales are getting used to it. Well, it’s quite understandable given that the whales want to see BTC spike astronomically. That way, they can go smiling to the bank. Indeed, theirs is no wishful thinking. That’s because there could be some serious running around the corner.

Yes, we are in September already! Everyone is back to work after the well-deserved Labor Day’s rest. Guess what! Crypto-asset investors are looking at the Securities and Exchange Commission (SEC) right now. If you recall, the SEC promised it was going to be this month we receive an ETF decision. We trust you remember. If you do not, recall that the SEC postponed a decision to either approve or reject a proposal.

Sure, it’s a Bitcoin Exchange-traded Fund (ETF). Much as the agency has often turned down previous proposals, enthusiasts are optimistic that this time it will happen. The strict agency has always cited price manipulation and fraud as reasons behind rejections. Though, all that could change. September will be a memorable month, bullish or not, won’t it? While many bulls are waiting for that day, others are looking beyond it.

There’s Something New in the Offing

True, there’s something in the offing. The thing is, the New York Stock Exchange’s parent company, International Exchange (ICE), is rolling out another Bitcoin ETF on November 5th. Recall that in July, ICE disclosed that it would unveil a cryptocurrency platform, Bakkt. ICE noted that the platform will launch in collaboration with software giant, Microsoft, and the coffee megachain, Starbucks.

Speaking to The Street, the founder and CEO of crypto advisory firm Svandis, Hermann Finnbjörnsson, expresses his optimism. Finnbjörnsson says that he believes that Bitcoin would hit $10,000 USD by the first week of November. He maintains that there are lots of reasons for investors to stay bullish about Bitcoin.

In his opinion, a Bitcoin evangelist, Andreas Antonopoulos, said that he doesn’t expect the SEC to approve the Bitcoin EFT. Surprisingly enough, he said that its approval won’t augur well for the wider crypto world.

SEC Gets to Decide

While many enthusiasts are pointing to the November 5th proposal, others would rather it was approved sooner then November. So, the latter category is looking forward to September 30th. Though, the buck stops at the SEC’s desk. Indeed, the investment watchdog will have to decide to approve or turn down the request yet again. Basically, the September enthusiasts have their hopes hinged on the fact that the proposal comes from the Chicago Board of Exchange (CBOE). However, investment manager VanEck and blockchain platform SolidX are the proponents behind the proposal. Bullish run or not, the end of this year will surely impact the future digital money like few periods have done previously.