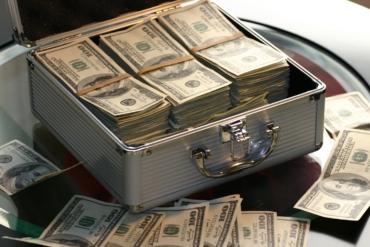 A Serbian man has preyed on his South Korean victim in the guise of doing business with him. But somehow, he ran out of luck and the mischievous Serbian was nabbed. Continue reading to learn more.

Details Of The Fraud

A one-on-one Bitcoin to fiat exchange went awry after it became clear that the Euros intended to be swapped with cryptocurrencies were, in fact, counterfeits.

The Singapore-based Korean digital currency mogul planned to exchange Bitcoin (BTC) worth $2.3 million USD (approx €2 million EUR). And he intended to swap the digital coins for €2 million EUR, all neatly packaged into a cash case.

Location Of The Transaction

Reports say that the transaction took place in an exquisite hotel in Nice, France. At the end of the transaction, the obviously elated South Korean exchanged a handshake with the “gentleman.”

Yes, The Crook Was Nabbed

Luckily, the police arrested the Serbian scammer at the five-star hotel in Cannes, France. When he was arrested, the fraudster was in possession of a wristwatch estimated to cost at around €100,000 EUR.

However, the police have charged him with fraud as well as being a member of a criminal syndicate. Gerard Boudoux, the Serbian’s lawyer, confirmed the incident to the media, adding that the police are still looking for his accomplice who is still at large.

Indeed, it all started when the South Korean business mogul made friends with the Serbian and his cohort because they showed interest in investing in his Singapore-based firm.

What is more to say? As they continued talking, the discussion culminated in the meeting where the Bitcoin-to-cash exchange was to take place. At this point, the virtual currency businessman was swindled of his precious digital coins.

Without a doubt, cases such as this have been occurring regularly in the cryptocurrency world, especially where Bitcoin (BTC) is exchanged for counterfeits. In April, there was a similar case of 12 suspects who were nabbed for allegedly committing a 190 million yen fraud.

And the victim of the fraud, who is a marketing executive, was lured into giving up his cryptocurrency on the promise that they would pay him 10 million yen higher than what was possible to obtain on the official market at the time. At the end of the transaction, the victim realized that he had been paid with fake notes. Conclusion – if something is too good to be true – it most likely is a fraud.