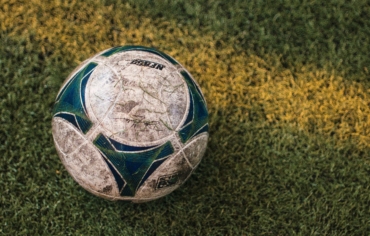 While many businesses still question the liquidity and acceptability of Bitcoin, others are incorporating cryptocurrency use for their day-to-day activities. Truly, there is always a pioneer in everything. The latter of those companies want to imprint their names in gold as the foremost corporations integrating cryptocurrency. A soccer team in Gibraltar doesn’t want to be left behind as they already have plans to pay their players in cryptocurrency.

Details Of The Report

Gibraltar United F.C. announced the move to start paying its players in cryptocurrency. The soccer club, which reportedly secured a sponsorship deal with the support of its owner, said that payment of player transfer agreements will also happen in cryptocurrency starting in 2019. Owner Pablo Dana told the UK Guardian that the club is incorporating the use of cryptocurrency to offset bills. They also want the transparency inherent in virtual currency transactions.  He argued that if digital currencies finds use in performing football-related transactions that corruption may disperse in UK football and elsewhere.

Legality Of Cryptocurrency In Gibraltar

When asked about the legality of cryptocurrency in the environment, Dana said that it wasn’t a problem. He notes that the British territory was the first to legalize and regulate betting some twenty years ago. Dana said the initiative to legalize betting was perfected even when other countries were still seeing betting as a horrible thing. He added that since there are regulations that guide betting, the same could happen for cryptocurrency.

The use of cryptocurrency in sporting is not entirely new, but emphasis is now on betting, project promotion and gaming. Perhaps Gibraltar United F.C. is committing to taking the bull by the horns. It is a bold move by this soccer team to introduce the concept of tokens in paying for transfer fees, match bonuses, and other emoluments.

Founded in 1943 and currently playing in the Gibraltar Football League (at the Premier Division), Gibraltar United F.C. receives sponsorship from an investor of the Quantocoin ICO. Today, Gibraltar seeks global recognition as a cryptocurrency hub. It is not exactly clear if Gibraltar United F.C. players will receive payments in BTC or Quantocoin. Though, soccer team management will clarify grey areas of the strategy before next year – when the new payment scheme commences. The company’s cryptocurrency exchange, a subsidiary of the Gibraltar Stock Exchange, launched some days back. They are listing six virtual currencies: ETC, BCH, RKT, BTC, LTC, and also ETH.