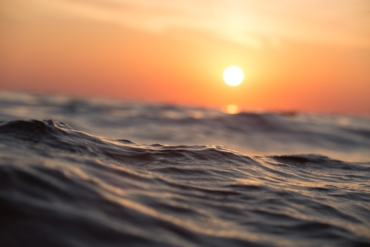 We earlier carried a report of a South Korean company, Shinil Group, which announced a $130 billion ICO with shipwreck gold-backing. Well, the South Korean police have swooped in on them as part of an ongoing investigation to unravel the mystery behind their claims. The Seoul Metropolitan Police Agency raided the offices of the company claiming gold recovery in the shipwreck of a Russian Navy warship. The Dmitrii Donskoi capsized in 1905.

Details Of The Police Raid

The raid commenced Tuesday on the offices of the company. The police deployed 27 investigators to ransack the offices of the Shinil Group in search of incriminating evidence. The investigators, from the white collar crimes unit, began seraching offices in Yeouido and other locations. After the search, the police officers confiscated some evidence helpful in prosecuting the alleged fraudsters.

As reported last month, the Shinil Group claimed recovery of gold hauls from the shipwreck of a Russian Navy vessel laying dormant on the ocean floor since the Russo-Japanese War. The company alleged that the vessel had some gold hauls in it because several history records suggest that the ship could potentially have 200 tons of gold coins and 5,500 boxes of gold bars, which is worth 150 trillion won (approximately $130 billion USD) in today’s market. The company capitalized on those records and subsequently, launched an ICO claiming that amount of gold on board. As part of their claim, they said that the wreckage was near Ulleungdo Island.

Even without having its hands on gold, the management of the Shinil Group launched its ICO. Well, many investors subscribed to it in the hopes of having shares in the gold haul. Though, problem started when the company made a startling revelation. They said that they were not sure that the vessel actually had any boxes of treasure on board. The previously launched, Shinil Gold Coin, sold for 10,000 won a piece (approx. $8.93 USD) with gold backing.

The Financial Supervisory Service (FSS), the South Korean financial watchdog, is also investigating Jeil Steel. It is a company the former head of the Shinil Group bought shares from last month, for possible share price manipulation. The shares of the company skyrocketed after the company made claims of discovering the same “treasure ship.”