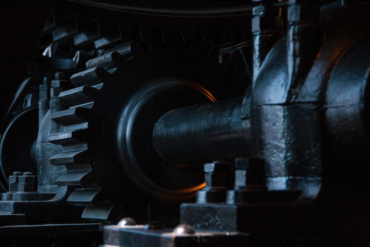 In the business arena, one of the best ways to expand is through acquisitions. Certainly, by leveraging your strength as an authority in your sector, you can absorb your competitors under your umbrella. This is just what Sterling Consolidated Corp. is intelligently doing in the gasket & seals industry. But first, who is Sterling Consolidated Corp?

The Strategy Is Simply Acquisition

For the weight of ambition Sterling Consolidated Corp nurses, the strategy of execution is yet very simple – acquisitions. Taking an opportunistic poise, the company is energetically on the lookout for companies in the gasket and seals industry, following the generational change in ownership. The company is thus in a unique position to grow.

The CEO of Sterling Consolidated Corp, Darren DeRosa, took over the company from his founding father. His father, Angelo DeRosa, who occupies the position of the chairman of the company, is a US Army veteran. While the company, founded by Angelo DeRosa 50 years ago, enjoys a fluid and successful transition from father to son, not many of their competitors boast of such successful generational changes in ownership.

A Successful Passing of the Mantle

Darren DeRosa was well groomed by his father to successfully take the mantle from him. Starting from a very tender age, the Sterling CEO has been raised all his life in a business environment.

According to Darren DeRosa, the newly anointed CEO, “My father started in this industry almost 50 years ago. “I grew up in this business and learned the ropes from a young age. My first job was in packaging and I was underpaid. I think I was around 10 years old. But while there are many distributors like us around the country, with similar histories, most don’t have a second generation willing or able to take over the responsibilities.”

His statement certainly explains why Sterling is now on an acquisition rampage, taking advantage of lack of a continuity within other companies.

Building upon what his father created, Darren DeRosa has embraced more advanced technology, creating the blockchain based DiMO token. In the light of this, the company is allocating about $850k to $10M USD for the release of this token.