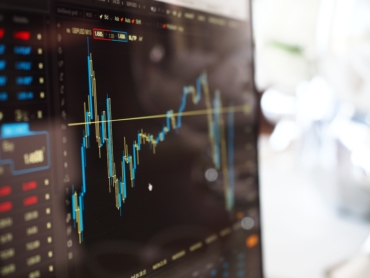 Despite the US Securities and Exchange Commission (SEC) rejecting an Exchange-traded Fund (ETF), the price of Bitcoin (BTC) has jumped to $7,000 USD. Many bulls who anticipated a price slump finally have a reason to smile. Indeed, the foremost cryptocurrency struggled to stay just above $6,300 USD days before the news broke. However, when the news filtered through the air, many forecasted that it would drop to $5,000 USD in days. Now, the exact opposite happened!

Surprisingly enough, where traders bet that Bitcoin would drop, the reverse became the case. Just last week, the price suggested that the bearish behavior of BTC in the futures market could be coming to an end. At the end of the August 21st week, the net position of BTC slid by 1,266. Also, short positions dropped by 210 contracts to 3,426. In comparison with last week’s performance, there were much longer positions which hit 56 contracts at 2,160.

Basically, Bitcoin (BTC) has maintained a $6,000 USD mark since May, after experiencing a major selloff in early 2018. The selloff also pulled down the price about 70%. Recall that it hit an ATH of $20,000 USD in December 2018. To keep the market attractive, BTC bulls have been working around the clock in talking up the BTC and altcoins markets.

He also asserts that there is a chance that the U.S. SEC will approve an ETF by February 2019. When it eventually gets approved, it will be easier for investors to buy in before the price skyrockets, Kelly disclosed. Additionally, he insisted that the absence of ETF is a major setback discouraging institutional investors from coming in.

However, there have been warnings coming from the penny-stock broker Jordan Belfort. Belfort, who became famous as the Wolf of Wall Street, scammed investors in the late 1990s. He supported the likes of BTC critics – Bill Gates and Jamie Dimon – in challenging the validity of BTC.

Regarding an ETF, many crypto-asset investors are expecting the SEC to approve one in September. Indeed, they are hinging their hopes on the proposal that the SEC recently postponed its assent. The proposal was submitted by investment manager VanEck and financial service firm SolidX through the CBOE (Chicago Board of Exchange). Despite the challenges of BTC, expectations are high that an ETF could still be approved soon. This may come to fruition given that the SEC will sit on the postponed ruling until September 30th. All of these hopes bolster the current price spike.