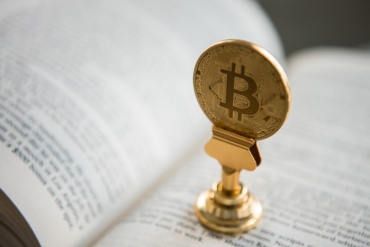 Tim Draper has been one of the most vocal billionaires when it comes to cryptocurrencies, especially Bitcoin. The billionaire founder of venture firm, Draper Fisher Jurvetson, says Bitcoin will hit $250,000 before the end of 2022. Earlier last month, Draper told people working in the centralized financial sectors to start looking for news jobs, because decentralized cryptocurrencies will replace the sector and fiat money.

In a recent interview with TheStreet, Draper said regulations affecting cryptocurrencies need to be made clear. The investor added that digital currencies were the next big technological tectonic shift and governments should work to protect investors. He also feels including governments is important in growing this sector, because it’s the next powerhouse.

According to Draper, “I hold a lot of cryptocurrencies and mainly Bitcoin. I am buying more. I feel that crypto and Bitcoin are the future. Fiat is the past. I do still have to hold some fiat currency for everyday transactions today, but I suspect that that will change over the next few years. I cannot wait to be able to go to a store and make purchases using cryptocurrencies. Fiat currency will eventually become as passé as trying to pay for coffee with pennies.”

The billionaire believes that security is one of the most important things about digital currencies. He says banks are hacked day in, day out, but there has not been an incidence where the Bitcoin blockchain has been hacked. Draper shares he is happy that blockchain is managing to keep hackers away. According to him, “The Bitcoin blockchain hasn’t been hacked, but banks are constantly being hacked. They are playing whack-a-mole trying to keep hackers away.”

Draper added that the global market which currently stands at about 86 trillion dollars will grow to about 140 trillion dollars in the next 10 years. He feels all that growth will be due to cryptocurrencies. Out of the growth, he expects about 10% under Bitcoin’s control. That means Bitcoin’s market cap will be worth about $10 trillion.