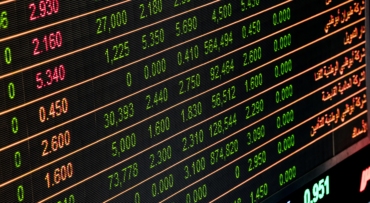 On Friday, the co-founder of Fundstrat Global Advisors, Tom Lee, holds fast that he will stick to his guns. Lee had earlier forecasted that Bitcoin (BTC) was going to hit $20,000 USD before December 2018.  All eyes were on Lee to see him flip regarding his prediction.

Indeed, the Bitcoin bull maintained that he is not ruling out the possibility of changing his calendar. However, he remains bullish about the BTC price. A change of mind was expected given that the Bitcoin price has been a regular on the southward pathway. Though, Lee refuses to shift his ground.

Lee opines that hedge funds are playing critical roles in the BTC market. He argues that the role of these funds could potentially fuel a positive impact on the price. Lee discloses that some US-based exchanges have attracted hedge funds, pointing out that there’s a surge in BTC trading.

Also, Lee told CCN[dot]com that the role of hedge funds could be felt across the board. In addition, Lee says that hedge funds hire analysts who are interested in cryptocurrencies. However, these hedge funds don’t add Bitcoin to their portfolios.

To buttress his point, Lee presented a chart to depict the relationship between the S&P 500 Index and BTC price. He explained that as Emerging Markets (EM) rallied in Q4 2017, the BTC price jumped to the moon. However, since then the price of the foremost digital coin has declined sharply. He would later point to the factors that connect the two indicators.

What are those factors? Well, Tom Lee has it all figured out. The first factor is hedge funds, he says, which more often than not “rent” emerging market stocks. The expert explained that the funds always “risk on” and also “risk off.” Breaking down their impacts, Lee says that BTC also suffers whenever “risk off” dominates the market.

Regarding the second reason, he says it is “wealth effect.” In his “wealth effect” explanation, Lee said that investment in EM directly affects BTC. He noted that when investors of EM experience fallout, they won’t have money to invest in BTC. It really affects the entire network because no one can buy BTC as a result, he says.

Lee shared that last week was bad for the cryptocurrency. He recalled that U.S. investment watchdog, the SEC, rejected a BTC ETF and that China announced a re-ban on digital currencies. However, Lee remained bullish, reminding the panelists of the uncommon BTC price spike of 2017. He concluded that BTC jumped from $6,000 USD in November to $20,000 USD in December 2017.