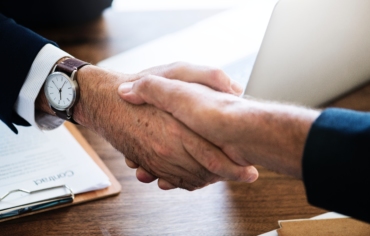 BitTorrent, a file-sharing software developer, announced on Tuesday that the Tron Foundation successfully completed all necessary arrangements to acquire it. This announcement will end the long-rumored acquisition of SaaS key player BitTorrent, which was in the headlines since May. With this acquisition, BitTorrent will now operate from Tron Foundation’s San Francisco offices, supporting the platform’s blockchain-based global initiatives, BitTorrent posted via its social media post. Though, the acquisition will not stop the company from tending to its users as BitTorrent is committing to meeting their needs worldwide.

BitTorrent launched in 2001 and “seeds” by encouraging its users to upload and share contents through its network. BitTorrent is the first decentralized IP with a massive-scale application of global reach. This makes it the world’s largest decentralized network as it manages daily internet traffic of 40%. As a result of this partnership, the two companies will now merge to work collaboratively. In turn, this will ensure they serve their clients better than before.

In a press release, BitTorrent said that the acquisition keeps with the road map aptly captured in TRX’s white paper. The veteran file-sharing network stated that it will play a supportive role in perfecting Tron’s expanding partnership and business development. Additionally, this helps the blockchain-based company in pursuing a vision that will eventually make it the world’s biggest decentralized ecosystem. The statement noted that BitTorrent, whose top-rated products support all operating systems, has no plan to change the high-quality service they provide for its users, maintaining that their customers’ needs will still receive prioritization in the overall scheme of things. We have no plan to enable cryptocurrency mining now or in the future, the statement adds.

A company owned by Chinese business mogul Justin Sun, the Tron Foundation is issuer of its own cryptocurrency, TRX. In a document Tron filed with the California Secretary of State, they indicate the acquisition cost a whopping $126 million. But, what impact does all this have on the price of the token? According to the current market cap, TRX is still the 11th largest traded cryptocurrency in the market. Right now it is trading at $0.04 with a market cap that hovers at $2.3 billion.

As captured in the TRX white paper, acquiring BitTorrent was critical. The new acquisition takes TRX a step further toward making it one of the most sought-after cryptocurrencies in the market. Yes, this move will send the right signal to the cryptocurrency community that the Tron Foundation is actually desirous of executing every plan in their road map as detailed in its white paper. TRX had earlier done what it dubbed a “token swap,” by moving its token on the Ethereum ecosystem to its own blockchain, Odyssey 2.0.