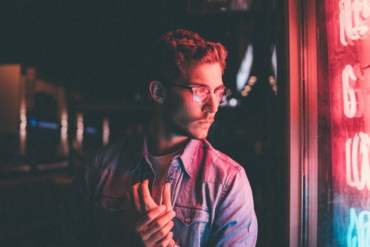 All is not well with TRON (TRX); well, that’s the impression the price depicts. The crypto market is currently shedding billion of dollars, and TRX is not immune to these heartbreaking losses. This is worrisome despite the fact that the virtual currency has made significant progress in the area of collaborating with other platforms to strengthen its network and currency. Regrettably, TRON (TRX) has suffered the most in these losses.

TRON (TRX) Boosts The Union Of Crypto And Torrenting

Last week, TRON Foundation announced that it was going into a partnership with popular torrenting service provider BitTorrent. This was a cheerful heads-up for millions of users who had been anticipating the news before it broke. This means that the TRON (TRX) community could participate on its mainnet.

Although this is a milestone for the network, the market has yet to react to the good news. Despite adding over 170 million new users, new investors have yet to flock to the network as many analysts would expect whenever good tidings waft through the media.

Apart from adding the torrenting service, TRON (TRX) also launched their TRON Virtual Network to assist in the creation of smart contracts and blockchains. Not to mention that this announcement came with that of Project Atlas, an improvement that would help the Mainnet to function more efficiently with BitTorrent. Ordinarily, analysts would expect the cryptocurrency to react as more investors would join the network. Though, that never happened. The outcome of these events have left many people disappointed, most especially the TRON (TRX) community.

The last quarter of 2017 and the beginning of this year witnessed a massive investment in cryptocurrency projects. Experts believe that there could be industry fatigue which would make the investors confused as to what projects to invest in to improve a cryptocurrency or walk away. As for Bitcoin (BTC), it has experienced a little rally forming from the hopes that the US Securities and Exchange Commission would approve a Bitcoin ETF. Though, following the dismissal of the Winklevoss BTC ETF, the price dipped and has refused to rise ever since. This spotlights the worries of many investors who have always been skeptical about investing in volatile cryptocurrencies.

In truth, the developments taking place at TRON (TRX) may have an impact on it in coming years. Although CEO Justin Sun and TRON Foundation have yet to outline the plan for torrenting on the platform, they are likely to incentivize as they proposed earlier in a way of growing the overlapped network.