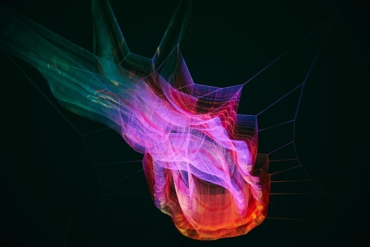 At the TRON (TRX) Independence Day celebration event in June, founder Justin Sun announced that there was a project release coming soon. So, in keeping with his promise, Sun released the name of the secret project to the TRX community. This is yet another step taken by the TRON Foundation to strengthen the cryptocurrency in preparation for potentially turbulent times. The Foundation calls it Project Atlas.

At that June event, Sun explained the ideas behind the TRON Virtual Machine (TVM). This is when he said more news was coming July 30th. Although the TRX community assumed that the project would be in relation to TRON Foundation acquiring BitTorrent, little did they know that it was going to be an entirely-new project. The Foundation states that Project Atlas is a program to help enhance the existing infrastructure of the Mainnet and TRX.

In a July 24th tweet, the Foundation noted that the project will help to make the network faster, safer and more reliable. This will then encourage everyone to join the future of the decentralized Internet. While the details of Project Atlas remain mostly unknown at the time of writing, the company revealed in a similar Twitter post that an unnamed protocol (believed to be Project Atlas) will seamlessly work with the BitTorrent merger, delivering a greater future for the two. The Foundation also stated that the acquisition will make TRON and BitTorrent the world’s largest decentralized ecosystems.

On July 30th, Sun tweeted about the TVM beta launch and gave insight into the changes the project will bring to the existing ecosystem. He said that TRONSR will replace 15 GRs and that the block height surpassed one million. Tweeting further, Sun revealed that over forty exchanges migrated to TRX and that Project Atlas will bring good tidings to both BitTorrent and TRON. He concluded by saying that the whole concept was to prepare the cryptocurrency and its network for the future.

In a letter the TRON Foundation released last week to announce Project Atlas, the company said that they hoped the coming together of the two platforms will be to their benefit. The statement added that TRON (TRX) network will be the protocol of the secret project. When it is fully implemented, millions of BT users scattered around the world will become part of the robust TRON ecosystem, making TRON the world’s most influential public blockchain network.