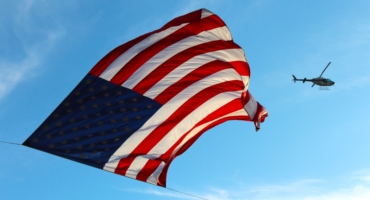 In 2017, the Trump administration made several negative remarks against digital currencies suggesting the possibility of banning crypto trading in the near future. As of now, the president is mute regarding digital currencies. This raises many questions for those with interests in the crypto sphere.

According to a statement from Trump’s administration in October 2017, “The FBI’s very concerned about [the dark web]. They did take down, I think, the two biggest, dark web sites. This last one, Alphabay, we took down recently. They had 240,000 sites where individuals we selling, for the most part, illegal substances or guns on that site, including Fentanyl. And, they use bitcoins and other untraceable financial capabilities, and it is a big problem.”

The Trump administration added that, “The [bitcoin situation] is something that is being monitored by our team – Homeland security is involved. I know it’s something that [Trump]’s keeping an eye on. And we’ll keep you posted when we have anything further on it.”

The question remains if the president is closely watching Bitcoin. With the current hacks and many instances of cyber-crime, why hasn’t he moved on to ban it? The first answer could be perhaps the president invested in Bitcoin and therefore banning it would be against his own interests. Given the nature of President Trump, this could be a logical move by him since it runs directly with his principles.

Silence From The Top

It seems President Trump remains quiet about the whole issue because he does not want news relating him to cryptocurrencies. Furthermore, an association could cause price swings since the cryptocurrency market is very volatile. It could be in the interest of the president to keep the markets stable to help improve his own investments.

Even though this is a speculation, at the time it’s something worth thinking about. If the president has any shares in the cryptocurrency sector, then banning them would be hard because of his involvement. This could be a good thing for the growth of the cryptocurrency markets. However, if the whole crypto market becomes politicized, then there could be a negative effect. We hope that the president will legalize the crypto markets completely in the United States as this would help the markets go mainstream.