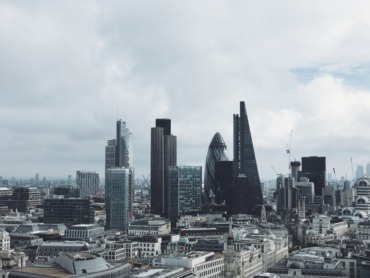 The United Kingdom’s Financial Conduct Authority (FCA) is issuing a guidance to banks on handling risks associated with crypto assets. According to a document from the regulator, each bank should handle these assets individually. This especially when dealing with clients owning digital assets. They counsel this message because the risk associated with certain business relations in specific categories are not the same.

The statement goes on, “Following a risk-based approach does not mean banks should approach all clients operating in these activities in the same way. Instead, we expect banks to recognize that the risk associated with different business relationships in a single broad category can vary, and to manage those risks appropriately.”

The authority suggests banks can carry out some measures to help them avoid people using digital currencies for criminal purposes. The FCA is encouraging all banks to train their staff about cryptocurrency assets. They want employees to have enough asset knowledge for them to easily identify any funny dealings. Additionally, they want to enable them to engage clients with enough knowledge about the crypto sector.

The FCA also explained that state-sponsored digital currencies could evade international sanctions. The regulator was very particular when it comes to ICOs, because that’s where most fraudulent activities take place. It advised banks to be very cautious with ICOs and to only deal with registered ones. By only dealing with registered ICOs, it could help to avoid incidences where their customers lose money.

Bitcoin was under fire in 2017 when the body claimed the cryptocurrency was a bubble. The FCA advised investors to avoid investing in the currency because they risked losing their money. The regulator said it was unclear on Bitcoin operations and that it could be a calculated scheme to steal funds. Most investors did not receive these statements well.

Warnings From The CBK

The Central Bank of Kenya also issued a similar warning in April, warning the country’s banks to be very careful when dealing with cryptocurrencies. According to the CBK governor Patrick Njoroge, “There are risks associated with cryptocurrency particularly on consumer protection, fraud, hacking and loss of data and they are prone to be used as pyramid scheme.”

His warning, however, was not taken seriously after the Minister of Information and Technology, Joe Mucheru, encouraged citizens to invest in cryptocurrency.  Mucheru stated cryptocurrencies were very safe and that he had already invested in Bitcoin.