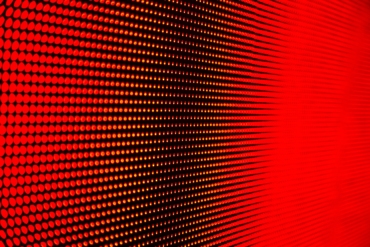 If you equate scam with cryptocurrency, the untold Envion ICO scandal story presents even more support to your claims. Launched in January 2018, Envion made the top 10 list of the biggest ICOs in history. It did this after raising over $100 million USD. Envion was a Swiss venture whose business model was developed to disrupt and democratize crypto mining. Their plan to achieve their goal was to use innovative Mobile Mining Units. With a convincing white paper, the founders of Envion not only grabbed the attention of the world, but also they nearly reached deals with the leader of Dubai and IBM.

Just like a Boeing airplane with a faulty engine, the deal fell through over accusations upon counter accusations and litigation threats. Eventually, it became crystal clear that Envion was a case of good business turning bad. On top of that, it tarnishes the reputation of cryptocurrency altogether.

Director Matthias Woestmann claims that Envion founders created additional tokens just to enrich themselves without the approval of the board. Woestmann put the number of tokens the founders created at forty million. On the other hand, the board’s account shatters the narratives perpetuated by the chief executive officer.

After making claims of forty million tokens, Woestmann released a video clip saying that the tokens the team illegally created totaled twenty million, but not forty million as he earlier insinuated. The CEO also told the investors that plans were underway to create a new token which would nullify the Envion token initially issued. He also disclosed that while an official complaint has been lodged in Germany, the Swiss regulator has been informed about the new token.

The leader of the founding team, Michael Luckow, has an entirely different tale for those caring to listen. When news of the scandal broke, Luckow’s profile disappeared from Envion’s official website.

But, Mr. Luckow and other members would move forward to open another website to reach out to the investors. He accused the CEO of illegally acquiring the majority of tokens in the company and turning around to sue the same company. Furthermore, he also said that Woestmann illegally assumed the leadership of the company and would not burn the tokens in his custody.

In all this, the investors are the biggest losers. These unsuspecting investors have invaded social media, venting their angers and frustrations on their accounts. One 21 year old investor, Jessica Smith, is bearing the brunt. Smith invested all the money, totaling $28,000 USD, which she made from trading other cryptocurrencies.