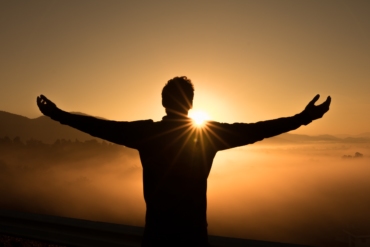 In May, South Korea’s second largest cryptocurrency exchange, Upbit, played host to a squad of policemen for allegations bordering on fraud and also insolvency. Now, Upbit’s parent company and subsidiary of Korean internet giant Kakao, Dunamu, is refuting that claim, saying that the exchange is in the clear after a comprehensive audit of its records.

The statement reveals that the ratio of crypto reserve to total deposit that customers made with cash reserve stands at 127%. In a post, CEO of Dunamu, Lee Sir-goo, released a statement, saying that the firm currently has the exact amount that was originally invested by the investors as well as enough funds to compensate every investor.

Many critics accuse them of manipulating their balance sheets. Others say that the exchange is illegally transferring investors’ funds to employees’ accounts. An investigation began in May when Korean authorities suspecting foul play in trades between Upbit and U.S. exchange, Bittrex. The local authorities thought the exchange may be inflating their records without having enough funds in reserve. That led to a police raid.

At the end of the police raid, Upbit engaged one of the largest accounting firms in South Korea, Eugene Accounting Corp. The firm carried out a thorough audit on Upbit’s cryptocurrency holdings and balance sheet. This is nonetheless happening all while the company has an ongoing case with South Korea’s financial watchdog, the Financial Services Commission (FSC).

At the end of the two-day audit, Eugene Accounting Corp released an official statement. It said that Upbit truly has all the cryptocurrency in its balance sheet as they claim. Also, the auditing firm pointed out that Upbit has all its funds in its secure wallets. Despite the firm clearing the exchange of any wrongdoings, it may not be enough for local authorities to do likewise. The authorities have yet to make their findings available to the public.

The statement issued by Dunamu will go a long way toward calming the nerves of jittery investors. In recent months, a growing number of cryptocurrency exchanges are also coming under scrutiny from the (FSC). The Dunamu CEO’s statement added that the exchange will continue to release customer’s funds upon their requests. Additionally, they will continue to release audit reports regularly to prove its solvency.