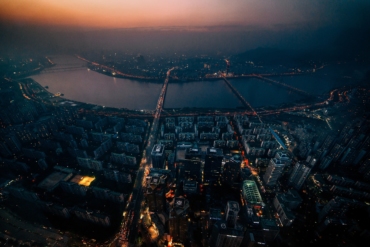 Last week, Upbit stated that, “Since the implementation of the system, a total of 10 cases have been received and 6 of them have been selected. On June 6, we sent a reward of KRW 1 million with appreciation to the applicants.”

The exchange also shared, “We provide reward money to users who have reported fraudulent acts that impersonate [an] ICO to the investigating agency (police, prosecutors) and submit the necessary evidence documents to prove the declaration.”

Upbit decided to pay the six, even though they did not complete reporting procedures correctly. The company says that it’s paying out because it’s working to, “create a sound cryptocurrency ecosystem.”

Upbit, backed by Kakao Corp, is currently the 8th largest exchange in the world when it comes to trading volume. The exchange has roughly $201,594,215 trading volume per day according to Coinmarketcap. Additionally, it is the second largest in South Korea following Bithub. Upbit seems to be working very hard to secure the cryptocurrency landscape. It recently began applying another system called World-Check, created and owned by Thomson Reuters.

This new system is meant to ensure transparent crypto transactions by strengthening the exchange’s KYC program. The Know Your Customer program is seeing implementation by many exchanges and it’s now a requirement by all exchanges in Japan. Using the World-Check system, new Upbit users have their information checked against World-Check data. If the user information has a crime or terrorism association, the system terminates the registration process.

World-Check will also be able to check daily criminal records. Upbit says that the use of this system will mainly aim at reducing terrorism financing and also money laundering. It will not allow criminals to use their services to reduce hacking chances like in the Coinrail debacle.

Correction: An earlier version of this article claimed Upbit was World-Check’s creator. Thomson Reuters is the system’s creator and wholly owns World-Check.