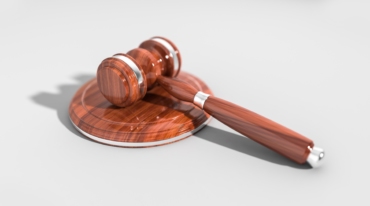 The case between Reserve Bank of India (RBI) and plaintiffs over bans on cryptocurrency-related activities was to take place recently. Well, here is an update for you: the Supreme Court of India has adjourned the hearing to September 11th.

Why Adjourn The Case?

The three-judge jury led by Chief Justice, Dipak Misra, set the September date as the next and most likely last day of the hearing. This happened due to the absence of important parties in the matter. The petitioners’ counsel, Rashmi Deshpande, told Inc42 it is very likely the Supreme Court will rule on September 11th. He remained optimistic that his clients will win the case. Deshpane believes that the order infringes upon their rights to do business in India.

One of the plaintiffs, Crypto Kanoon, tweeted that as a result of limited arguments that were advanced in court on behalf of RBI and IAMAI (Internet and Mobile Association of India), and given that SEBI have yet to respond to the petition, the court directed all parties to complete their pleadings, adjourning the case.

The senior advocate representing IAMAI and the cryptocurrency industry, Gopal Subramaniam, argued that in a world of digitization, such a circular move from the RBI will be a huge loss to Indians and the entire Indian market, underlining the severity of such move.

On his part, the CEO of Indian cryptocurrency exchange ThroughBit, Abhishek G, said the bench was receptive, and also suggesting that it was going to be a long legal battle.

On July 3rd, the Supreme Court of India refused granting a temporary stay of execution on the RBI’s issued order. That order was that all cryptocurrency activities would come to an end in July, pending the matter’s resolvement.

After the RBI released the circular on April 6th, countless class actions appeared in various courts in India. But, the Supreme Court says that its verdict will end every other case filed in courts. This will go for cases countrywide as it will give every party in each case a fair hearing.

Now, the apex court hoped to end the matter, but the proceedings’ outcome shows the case is far from over. Just like time bombs set to go off in quick successions, other countries’ central banks, like Pakistan Central and Zimbabwe Central Bank, released similar circulars after the RBI’s, banning cryptocurrency-related activities in their domains.