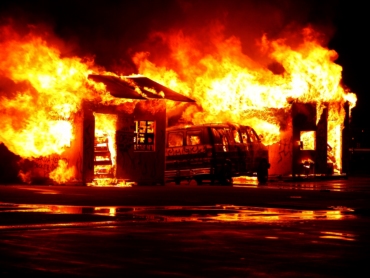 Venezuela is doing something that is totally unheard-of. Some even say it is unlawful as it tries to prop up its national cryptocurrency, the Petro.

To put a full-stop to skyrocketing inflation, the socialist/communist state is issuing a ‘sovereign bolivar,’ a new fiat currency. This currency gets the support of Petro, a cryptocurrency which doesn’t exist in the trading market. The country’s own parliament says it is an illegal way of funding the nation’s dilapidated oil reserves.

Steve Hanke, Johns Hopkins University professor in applied economics says, “This is a smoke-and-mirrors operation typical of Venezuela — I’ll believe it when I see it.” The world’s leading expert on hyperinflation furthermore says “The problem with the Petro is it’s a scam, it doesn’t even trade.”

Maduro Brought Out the Oil-supported Petro in February

President Nicolas Maduro, in February, issued the oil-supported Petro as the country’s digital currency. This was to raise cash during an economic failure, as well as during the economic revival. Maduro says each Petro token not in circulation until now gets the backing of one barrel of the state’s national petroleum. This will approximately amount to 100 million Petro tokens worth around $6 billion USD.

Maduro says that his aim is to peg wages, prices, and pensions to the Petro. Petro equals to $60 USD or 3,600 sovereign bolivars. The end objective, he said, is a future solitary floating exchange rate coupled to the digital currency.

All the banks in Venezuela remained closed on Monday in order to prepare for the release of the sovereign bolivar bills. The launch of a fresh fiat currency is at the forefront of Maduro’s plan to curtail hyperinflation.

Hanke, a senior fellow at the Cato Institute said, “Essentially, all Venezuela is doing is exchanging 100,000 old bolivars for one new bolivar which won’t make ‘any difference whatsoever’ toward stopping an inflation rate that has exceeded 40,000%.”

Hanke further continues, “They’re not changing policy in any way. All things will revert back to the course they were on before this so-called currency changed.”

Last Friday, Maduro declared a 3,000% increase in the minimum wage, together with the latest currency that launches on Monday. A nationwide strike was called by opposition leaders. They are also planning to protest this week. As a result of the protests and strikes, the attention of the masses can be directed against Maduro’s socialist ruling party.