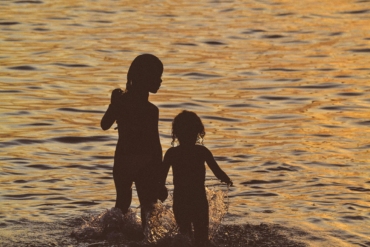 Venezuela’s national constituent assembly, through Hermann Escarra, has reported that it has big plans for the crypto sector. According to the legislator, “The National Constituent Assembly of Venezuela… is preparing a reform to the Constitution that would include a central bank for crypto-assets and a superior court to the Supreme Court of Justice.”

The report indicates that the cryptocurrency central bank will be the crypto controller, monitor exchanges, and focus on monetary policy. Escarra added that the draft copy of the expected changes will be presented within 35 days.

Venezuela has been very active in the cryptocurrency markets having launched its own digital currency. The oil-rich country is facing many economic challenges with its national currency having massive inflation. For the country to compete internationally, they launched their own digital currency called the Petro.

In 2017, Venezuela president Maduro asked the national assembly to draft a new constitution to replace the one from 1999. Escarra noted that, “The reform is expected to include the petro, a cryptocurrency announced by the government of President Nicolás Maduro in February as a way to increase its foreign exchange earnings, in the midst of the economic crisis and the sanctions imposed by the United States.”

Venezuela has faced many challenges since the launch of the Petro. After its launch, President Donald Trump of the United States, banned its trade in the US. To promote the digital currency, the Venezuela government started giving discounts to countries and business people who bought oil using Petro. Petro is yet to gain the popularity expected to run as a national currency, something which saw its promoter, Carlos Vargas, fired.

Competing With The Dollar

Countries seem to be following the footsteps of Venezuela to avoid US sanctions. Last month, Iran announced that it was working on its own digital currency after the United States imposed sanctions on them. Additionally, officials from Iran said that they are working on a digital currency because it’s border-less and can function better than the US dollar. The US dollars has been dominant in the world’s market.

The existence of digital currencies has had many challenges. Popular country’s like China have banned trading of Bitcoin and other digital currencies because of their volatile nature. More countries are either working to regulate the sector of even ban it. Despite the fact that the market is still young, experts say that its gaining a lot of attention. The market has lost more than half of its value in the last 7 months. This drop has seen panic sales among some investors, something which has negatively affected the market. However, with the market expecting the approval of ETFs, the price is likely to rise. Though, the price of digital currencies is still very unpredictable.