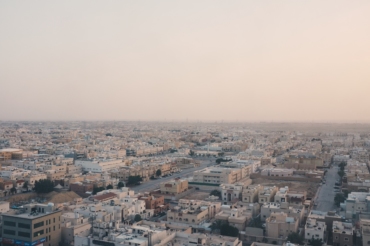 Vertex, an ICO startup, is especially built to attract Saudi billionaires to the burgeoning cryptocurrency world. The new ICO issuers are increasingly looking to make a mark in the blockchain and cryptocurrency industry. By creating a level playing field for all stakeholders to partake in it, Vertex is churning out tokens at preferential rates, which means cheaper tokens for the interested members of the public.

Inspiration Behind The Project

Abdullah Al Othaim, an investor and partner of the project, said that the inspiration behind it was a no brainer. Othaim observed that some gaps in the ICO market compelled them to start up the new project. People find it difficult to invest in ICO projects because most are not performing well and the good ones are sold out, he says. Explaining the so-called uniqueness of Vertex, Othaim said that there is a conspicuous absence of ecosystems in the blockchain space that extreme vetting supports. He also says, “Other institutions with similar vetting mechanisms do so for themselves, but Vertex does it for anyone who wishes to have access as long as they pass the KYC.”

Increase Of ICO In Saudi Arabia

With the United Arab Emirates giving a go-ahead to ICOs, more ICOs have flooded the Saudi Arabian markets. These ICOs are targeting Saudi billionaires who may have interest in venturing in the evolving blockchain industry. The influx of these new ICO startups is helping to improve crypto-asset liquidity in the Arabian Peninsula market. Additionally, crypto pundits suggest that it could be the factor affecting the pump in global cryptocurrency market recently.

The Impact Of Vertex

Vertex has successfully developed a business model that offers the world its first ICO aftermarket. It is bringing venture capital (VC) experience, trading and also tokenization under one umbrella.  CEO of Vertex Alessandro Pecorelli said that they have been able to create a unique token. It combines trading, fair-value based tokenization and VC experience. Vertex hopes to become the industry standard for procuring tokens successfully. Furthermore, they want to improve the quality of projects released to the market now and in the future.

Vertex is creating a financial system that could guarantee a profitable market for crypto-asset investors through its platform. By building a vetting mechanism, Vertex could provide investors with high opportunities for return on their investments. Additionally, it could bring more fiat currencies into the cryptocurrency markets.