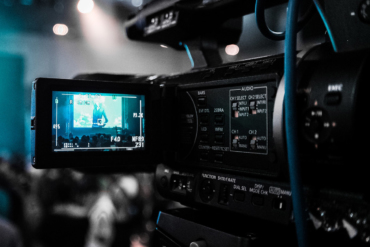 Paul Vigna, a wall street journalist, talked about the state of cryptocurrencies including Bitcoin, on the 27th of August, during an interview with CNBC. The interview included the stance on approving the Bitcoin (BTC) ETF proposal and the Securities and Exchange Commission (SEC). Vigna mentioned that the SEC’s concern about cryptocurrencies was highly valid.

Vigna’s example states that traditional capital market is regulated. Accordingly, the exchanges are continuously watching the market to find a risk of manipulation and anomalies. Vigna said:

“The cryptocurrency markets are far more dangerous. There is no transparency or insight into the reason behind all the transactions. There are many instances where market manipulation has been witnessed in Bitcoin and other cryptocurrencies. And nobody is clear about the extent to which it is still happening.”

From Vigna’s perspective, the SEC’s problem is precisely the same. They do not understand the manipulation process and until they find the precise reasoning behind such manipulation, they won’t allow ETFs, as it would lead to the formation of retail markets. This might cause many complications in the future.

During the interview, they also spoke about BTC becoming a huge catalyst. However, they noticed a split between purist and custodial views in the community. A purist view is where individuals download their own BTC client software and have access to their own hardware wallet so nobody can access it. A custodial view is where cryptocurrency exchanges hold the BTC for the individuals. Moreover, they control the private keys that hold the BTC. Vigna added that lots of individuals face trade-off as they find it easier to put their currency in such exchanges. By doing that, they give away sensitive information to a third party.

While answering a question asked about the arguments where individuals felt that there were no formal endorsements from major parties like Central Bank, due to which the SEC did not recognize the ETF, Vigna said,

“The whole idea which existed a few years ago where the governments would not have approved such projects is not so relevant in the present, and any good government will look at it as something with great potential and would help individuals benefit from it.”