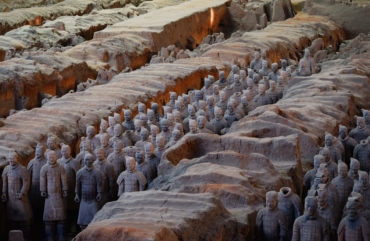 We have confirmed that China’s most popular chat app, WeChat, is banning several Chinese ICOs from their site. WeChat, which is popular in China’s cryptocurrency community, is banning issuers for business promotion.

Accordingly, the developers of the chat app released a statement saying that they initially targeted the ban at ICOs. Shockingly, the company made it clear that it won’t lift the issued bans.

Which Websites Were Affected?

WeChat committed to the banning spree wholeheartedly, not even sparing the big players. Some of them include Binance, Huobi, and TokenClub. In the official statement, WeChat made it clear that the affected companies didn’t comply with their rules. Consequently, they earned bans from their site.

Indeed, this is similar to the social media sites banning companies and individuals for not complying with their, “Terms and Conditions.” Also known as Weixin in Chinese, WeChat handles an impressive estimated daily traffic of over one billion.

WeChat Is A Tremendously Popular Platform

When you have huge popularity, you have huge power. WeChat is alongside or above similar apps, such as Telegram, WhatsApp, and KakaoTalk. As a result of its massive user base, it has become a good market place. Indeed, marketers and promoters have access to both the Chinese and global markets. Again, it is the online home to the highest concentration of native Chinese speakers.

Furthermore, the payment feature enables these groups to make payments. In a country that has outlawed virtual currency trading, WeChat is the critical axis upon viable support for such activities.

Competitors Are Taking A Similar Step

While the site is comfortable to exercise its power thanks to a large user-base, its competitors are playing catch-up. For example, the social media chat app, Facebook Messenger, once took the measure to link users’ accounts. In the end, analysts say that Facebook failed to competently implement this feature. They cited limited functions and lack of banks’ cooperation.

The Government Is Worried Sick

In the past, media reports said that the Chinese government became worried over growing incidents of cryptocurrency scams. While cryptocurrency ventures are regulated in many places where they operate, China has banned it outright. The government argued that it hurts the local economy.