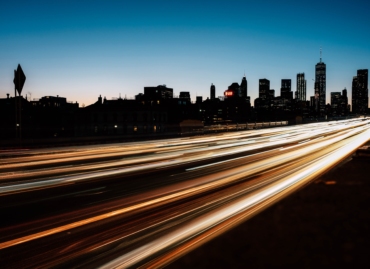 Wikipedia founder Jimmy Wales is ruling out the possibility of launching an Initial Coin Offering (ICO) for the free online encyclopedia. Wales made his position known in an exclusive interview with Business Insider. Asked if the platform had an interest in rolling out its tokens in the future, Wales said that there is zero-interest. The founder went on to reveal that he has a reservation about ICOs. He expresses his displeasure with the bubbles around blockchain technology.

This is not the first time Wales has gotten on a soapbox regarding his disinterest in blockchain technology. In May, he expressed a similar opinion about the modern innovation at a Berlin Blockshow Europe conference. There he posited that the blockchain technology is in a bubble. Echoing the same opinion in a June 4th tweet, the American internet entrepreneur stated that blockchain is clearly a bubble and that no one can deny that.

Although the Wikipedia founder didn’t expatiate in the Twitter criticism, a keen look at his previous speeches would give insight into why he has a thing about the cutting-edge technology. In October 2017, Wales told CCN he think the technology is fascinating, but that many ICOs are clearly exit-scams. He also urged crypto-asset investors not to throw caution to the wind. He believes you need to be fully aware before investing in an ICO to avoid being victims of fraudsters.

While Wales has made his stance on blockchain technology abundantly clear, Larry Sanger, chief executive officer of online encyclopedia, Everipedia, has an entirely different opinion. Everipedia, which styles itself as the foremost encyclopedia to launch on the blockchain, was a fork of Wikipedia in 2015. Coined from the portmanteau of “Everything” and “Wikipedia,” Everipedia has not been as popular as its rival now three years after launching. Sanger argues that launching Everipedia on the blockchain is to inspire its users.

In his appointment acceptance speech last year, Sanger said that in a world challenged by misinformation, everyone stands to benefit from the platform that delivers a decentralized, immutable, and transparent protocol for knowledge access and sharing. In the statement, Sanger promised to not only make Everipedia better than Wikipedia. He also said he would ensure Everipedia has the best article on every subject by employing a neutral framework.

It must be pointed out that Wales may not fancy cryptocurrencies. Though Wikimedia Foundation, the nonprofit hosting Wikipedia, has been accepting Bitcoin donations since 2014. The Foundation made a u-turn to start accepting the cryptocurrency after turning down several of such donations from public-spirited volunteers.