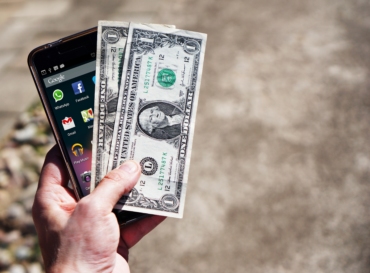 The global push for non-government solutions is on the rise. Of course, merchants, investors, and nations are vigorously exploring possibilities of a global or commodity-backed money. This is quite understandable considering the instability and relative insecurity of national currencies. For one thing, inflation is a customary ailment of national currencies, which has countless hidden effects on the everyday cost of living. The prime among those national currencies is the US dollar (USD).

The Glow and Gloom of the USD

Most notably, such instability occurred in 1971, when the US decoupled the dollar from gold. This vibrated across the global financial apparatus, flinging the US into a gigantic bout of inflation. The biting recession that followed will eternally reside in history as one of the most economically grueling ailments in the American story, outside of the Great Depression.

It Even Exceeds Just Inflation

It is even more than the inflation. As a matter of fact, there are cracks in a global financial system led by the USD. In the first place, with the US dollar posing as the global currency, the United States becomes the imperial commander of the international banking system. Equally, this has often threatened the economic sovereignty of other nations. This we have seen in the sanctions the US unleashes, enthroning itself as the international vigilante watching over the world. In the end, the math is simple for all to see.

The world is woven together, so are the banks. From the architecture of the global banking structure, the small banks need the big banks who in turn need the US Fed and its European underlings. With this institutional network, the United States, in collaboration with its European cronies, can financially isolate a corporation or a nation. Therefore, the likes of Russia, Iran, and Venezuela are having their economies fried and dilapidated by fiery US sanctions.

Commodity-backed currencies are becoming more attractive to decentralize and reduce the oligarchy of one nation in the international banking system, as is the case of the US. However, commodities like oil, denominated in dollars, don’t make the mark either. Thereby, this leaves us with digital currencies.

Bitcoin (BTC) and other cryptocurrencies look set to threaten the kingship of the dollar. Cryptocurrency allows for private peer-to-peer decentralized transactions. Therefore, we see that cryptocurrency is clearly separated from the imperial aristocracy of the USD. Yet, much remains before cryptocurrency takes the center stage. Most of all, price fluctuation and the high cost of mining linger unsolved.