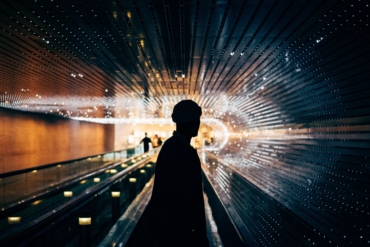 Even as Bitcoin Cash (BCH) is celebrating a one year anniversary, the fork of Bitcoin (BTC) is not relenting in the quest to keep improving its platform. Consequently, it is bringing yet another innovative toolkit to developers and users around the world. Yes, it is the BCH library.

About The Yenom BCK Library

At Bitcoin Cash, every day comes with a new product. This is giving users genuine reasons to firmly believe that they’ve made the right choice by choosing the platform. Created by the Yenom wallet developers, the Bitcoin Cash Kit (BCK) allows developers and users alike to maintain a secure wallet that seamlessly sends, stores and receives BCH even without downloading the entire node. Additionally, Hashhub in collaboration with Crypto Age, are planning to host a hackathon mobile app symposium on August 18th. Although it’s not advanced enough yet, Yenom said that the BCH platform can support smart contracts. Though, to make that happen, the BCH system must allow for layering. With this kit, BCH developers can build any BCH network-compatible application of their choice.

The kit has components that enable developers to build on robust BCH platforms. BCK has a wide array of tools which include P2PKH, base58, WIF formats, and Cashaddr. Others are EC keys and signatures, BIP32, transaction building blocks, and BIP44 hierarchical wallets. Lest we forget, much as the SPV features are not complete yet, BCK came with BIP39 implementation.

This is critical in the BCH network as developers and fans can now use the BCK built by Yenom to develop applications of their choice. It is noteworthy that tech giant Apple compiles and develops the iOS-language Swift. Indeed, BCH is experiencing a series of endless smart additions to its platform, and it doesn’t seem as though it will slow down with releasing phenomenal items anytime soon.