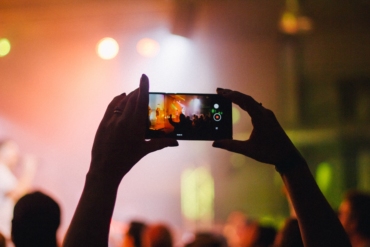 The music industry is one of the biggest and most exciting industries we have. Of course, music is one delicious food our ears can’t be starved of. Certainly, it is even more exciting how blockchain will infiltrate this huge industry. Fortunately, we won’t be waiting for too long. A big entertainment provider based in South Korea, Z-POP Dream Project, is already bringing blockchain further into music than every before. Furthermore, this entertainment brand hopes to infuse blockchain into K-pop music. For those who don’t know, K-pop is a famous form of music South Koreans can’t get enough of.

Z-POP Dream project hopes to make the process of accruing talent for the global music industry even more transparent with blockchain. The Z-Pop Dream project is gaining a reputation for incubating music talents in form of discovering them, nurturing, and grooming them, into big continental successes in the global music scene. Now you may be curiously asking, “how does blockchain come into all this?”

The project will inventively deploy Ethereum blockchain to give fans the capacity to cast their votes for their favorite contending entertainers in auditions as well as ceremonies. This is expected to flavor the selection process with more transparency. Therefore, Z-POP will be creating a “Star creation” platform. This platform, so to say, will encompass the Z-POP Dream Audition in ten regions of the world. This will include India, Vietnam, Indonesia, Japan, Singapore, Taiwan, and others.

In light of this, CEO of the Z-POP Dream Project, Jun Kang, strongly believes that integrating blockchain technology into the music industry, in this dimension, will make stardom more accessible. This means that deserving music talents, otherwise bereft of the means to push their career, will now have the platform to show the entire world their talent.

Equally important, the project has created enviable success stories in the music world. The likes of WannaOne, 2NE1, Girls’ Generation, Big Bank, and other huge K-pop stars rocking the global stage are all creations of the Z-POP Dream Project.

For 2018, Z-POP has already landed a big partnership with Viva Entertainment Inc. and People’s Television Network Inc. The latter has a huge affiliation with the government of the Philippines.

Z-POP is releasing an initial token offering by October to provide buoyant support for the infrastructure. This will sprawl into a global monetization platform. This platform would be one that would tokenize revenue via admission to concerts, merchandise, as well as concert tickets.